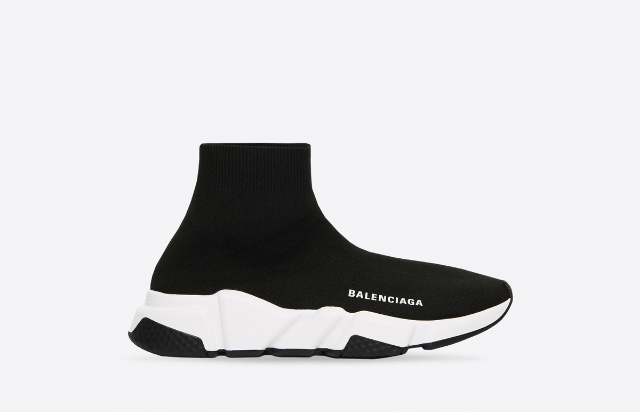 It has to be one of the most famous fashion brands in the whole world: Balenciaga. Ask any fashion lover a top 5 of their favorite brands, and you will hear this brand very often? Why? It is a very progressive brand with a very good name.

The fabrics used are innovative and the cuts progressive. The Balenciaga shoes are the among the most sought after shoes in the world. Especially since Demna Gvasalia was appointed as creative director in 2015. But what is the history of this brand and what are my personal favorites from this brand?

Balenciaga was founded in 1919 and you can probably hear it from the name: it is a Spanish brand. The brand was founded by Cristobal Balenciaga in San Sebastian (in the beautiful Basque Country). The very first boutique opened and the brand spontaneously became so popular that he also opened boutiques in Barcelona and in Madrid. His designs became famous because they were worn by members of the Spanish royal family and many noblemen.

The Spanish Civil War broke out and the stores had to be closed. Balenciaga himself left for Paris and the brand got its new birthplace there. It would also remain in Paris.

During World War II, the fashion brand remained based in Paris on the Avenue George V and was mainly known for their designs with black lace, pale pink fabrics and square coats.

Meanwhile, the brand had already survived two major wars: in the post-war years, anything was possible and creativity was again celebrated in abundance. In 1955, Balenciaga designed an icon: the tunic dress with wider shoulders and no waist: until then, such a silhouette had not been popular.

Later the name would change to the chemise dress. In the late 1950s, he worked a lot with an Empire line and played with waists in this way: it is said that Balenciaga changed the look of the waist for women.

I already mentioned that Balenciaga had famous clients: in the early years he could count on the Spanish aristocracy, in the 1960s he made the wedding dress of Queen Fabiola of Belgium and Jackie Kennedy wore his clothes.

In 1968 Balenciaga closed its fashion house and was taken over by Jacques Bogart S.A. Later collections were designed by Michel Goma, Josephus Thimester, Nicolas Ghesquière, Alexander Wang and Demna Gvasalia.

They also released the look-a-like IKEA bag a few years ago and invented new sock sneakers to be worn, thus unleashing a completely new shoe and style.

Some favorite pieces from the current collection:

Personally, I’m totally in love with their chunky sneakers (whether it’s completely nude colored to their very latest bright pink pair of Balenciaga sneakers…. I love them!), or their beautiful sunglasses. I have also been a fan of their bags for several years: they are classic and can be combined with anything, perfect!