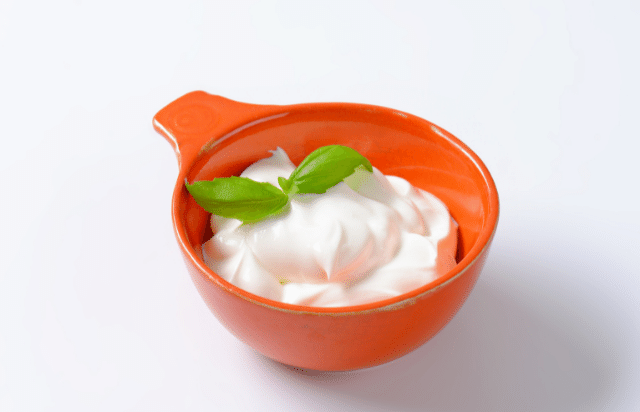 Recently I have started to love being in the kitchen. Cooking when I have time for it has perhaps become a hobby. We all have a certain kind of ingredient that we use often while preparing food. One such product that I use regularly is crème fraîche.

Cooking also means using many different ingredients and not always falling back on the same thing, finding alternatives and trying out combinations. Coincidentally, I also got the question if there was a good substitute for crème fraîche and if I wanted to put some winter recipes online.

You can replace the crème fraîche with yogurt in almost every recipe. If you use low-fat yogurt, it will also be healthier.  However, you should be aware of the fact that crème fraîche is much thicker than yogurt, the substance will be a lot thinner.

In addition, yogurt has a slightly different flavor than crème fraîche.

This is a quark-like cheese that has a grainy appearance. This form of cheese is also called cottage cheese. It is usually used as a sandwich spread but can also be eaten plain. It is popular with bodybuilders, for example, because it is low in carbohydrates and fats but rich in protein.

I haven’t tried it myself yet but it seems to taste almost the same.

Another positive point about sour cream is that it is a bit fresher than crème fraîche.

I received a tip on Facebook that soy cream is also a good alternative to crème fraîche.

It could be that you are looking for a substitute for crème fraîche because you don’t happen to have it in the house. Of course, we can also make it ourselves. Below is the recipe for crème fraîche. This is cheaper than in the store and often tastes better, also you can give it your own twist.

Preparation
Put the half liter of whipped cream in a pan together with the buttermilk or yogurt and heat it approximately to 40-50 degrees. (This is lukewarm)

When it is heated you can pour it into a jar (preferably glass) and let it stand at room temperature for about 8 hours. You can even stir it every now and then.

The longer you let it stand, the thicker the crème fraîche will become. You can keep it in the fridge for about 2 weeks.