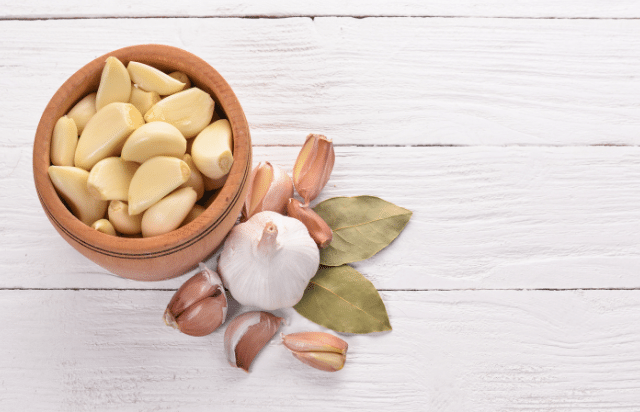 When we talk about garlic we immediately think of the countries around the Mediterranean Sea. Spain, Portugal, France, Italy, Greece, Turkey. But is garlic originally from here?

In the middle of the 18th century, Botanist Carl Linnaeus gave Sicily in Italy the honor of being the place of origin for garlic. In 1875, Edward Regel wrote that he had encountered garlic species in the Dzungaria Basin, an area north of Tien Shan in China. Central Asia. In 1887, Eduard Regel came up with the indication that in Tajikistan and Tashkent are also possible places of origin.

Central Asia was difficult to access for Western researchers in the 20th century. Russian research into the place of origin of garlic did continue.

In 1995, Helga Maas and Manfred Klaas concluded through their study of molecular markers and DNA profiles of hundreds of garlic species that the most primitive forms of garlic with the ability to form seeds came from the eastern region of Uzbekistan and western and southern Georgia in the Caucasus.

Seed formation (also in garlic) is necessary for generative propagation and increasing diversity. We may assume that through selection of late to non-flowering species, humans had a hand in creating non-flowering garlic.

Since humans arrived in Central Asia and found wild garlic, garlic has begun to spread other than by seed or incubation bulbs.

The hunters, gatherers of the time led a nomadic existence and presumably took garlic with them as food and flavoring. Central Asia was also an area that was on the various trade routes there such as the silkworm route. This makes it plausible that garlic got beyond its original area of distribution that way.

The first evidence of garlic was found in a tomb at El Mahasna Egypt. The clayed garlic images are dated to 3750 BC. Also found in the tomb of Tutankhaman, buried in 1352 BC were dried garlic bulbs in addition to gold and Lapis. The Greek historian Herodotus wrote in the 5th century BC after visiting the Pyramids in Egypt that he saw inscriptions describing that large quantities of radishes, onions and garlic were consumed by the Pyramid builders. These findings suggest that garlic played an important role in their culture.

Mentions of garlic have been found in India at least from 3000 BC and from China from around the year 0 and perhaps as early as 2000 BC. The thousands of years of trade and exchange have brought garlic to over much of the world. Even westward, garlic came through Russia and into Germany.

Now people are doing nothing else. People are looking from Europe and America for original garlic in Central Asia. China ships its garlic all over the world. And people take garlic all over the world by plane. The North -Western side of Europe did not warm to garlic. Until about 1950, garlic was known only in botanical and monastery gardens. It was mentioned in books about home remedies for ailments.

10 fruits that are good for your skin